Rick was born in inner city Detroit, to very conservative parents.  Conversations always included politics, especially the topic of how an educated, civil society should govern itself.

Rick was the third generation of his family to join the insurance industry. He was, subsequently, head-hunted to work in the Australian insurance industry, and stayed there for 23 years. Even though he was half a world away, Rick avidly followed what was happening in the US.  In 2013, he expressed the fear that his country was being stolen from him, so he moved himself and his family back to the US.

Even though he is a classically trained musician, politics has always played an important role in his life.  So, Rick invites you to join him and the American Endeavor team in their quest to keep America where she belongs.

As the beacon of freedom that the world so desperately needs.

Kerri Black is a force to be reckoned with! Whether she’s performing in front of a microphone or devising a marketing strategy, Kerri is a go-getter who never backs down from a challenge. Her radio career spans almost three decades and she is a Southwest Florida radio favorite with her vibrant personality and relaxed tone of voice.

Over the years, Kerri has developed significant sales, promotional and music programming skills. This led to her establishing On Hold Productions which provides “on hold” messages for businesses and organizations. Thus, Kerri’s voice is in high demand.

Kerri is excited to add her skills to the weekly “Conservative thought hour” radio program, especially because she can pave the way for conservative voices – that always put America first – to be heard. 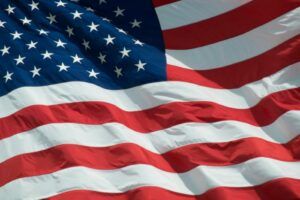